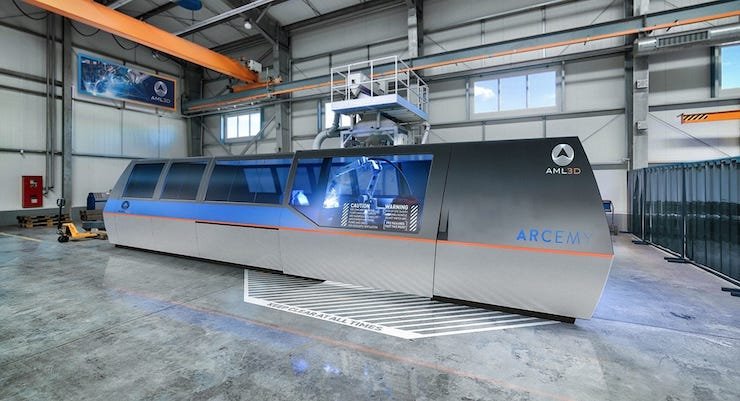 AML3D will explore the feasibility and prototyping of components to support BAE Systems Australia’s contract to design and build nine Hunter Class Frigates.

The purchase contract agreed between the two companies follows test work with BAE Systems that indicated AML3D’s WAM metal 3D printing technology is suitable to support the design, new build and maintenance of marine assets in Australia. Per the purchase contract, the WAM manufactured prototype parts are set to be delivered before the end of the year.

Hunter Class Frigates are the future class of heavy frigates for the Royal Australian Navy set to replace the Anzac class. AML3D has secured a purchase contract with BAE Systems Australia after a commercial validation testing programme which commenced in October 2020. This testing is said to have demonstrated WAM’s capacity to minimise lead times and meet BAE Systems Australia’s internal standards for additively manufactured components. Per this programme, the partners are also confident that WAM can support the continuous naval shipbuilding and sustainment sovereign capability as laid out in the Australian Government’s Naval Shipbuilding Plan.

“Developing our commercial relationships across the marine and defence sectors are key to AML3D’s strategic growth plan,” commented Ryan Millar, AML3D CEO. “We had great confidence that WAM would satisfy BAE Systems Australia’s testing protocols and are pleased to have successfully moved this project out of the validation testing phase. Providing prototype components that will support BAE Systems Australia’s contract with the Royal Australian Navy to build the Hunter Class Frigates is another step in building a commercial relationship of great significance. Especially in the context of the scale of BAE Systems Australia’s wider shipbuilding initiatives in Australia.”