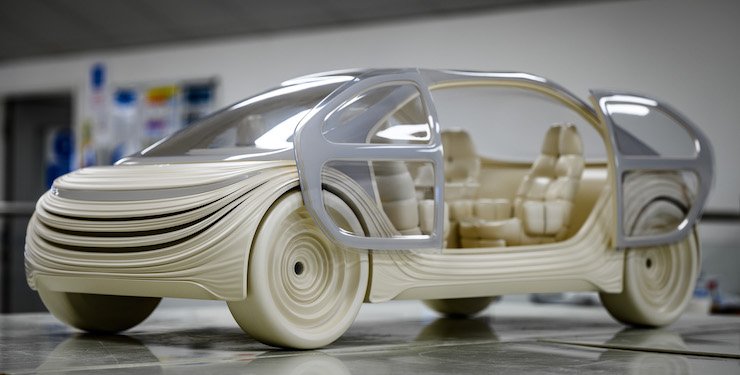 An innovative electric car that removes pollutants as it travels but can also be used as an office and bedroom, could be in production next year.

Ogle Models played a key role in the production of the Airo, creating a fully hand-finished and painted model for IM Motors.

IM Motors approached British design and architecture studio Heatherwick Studio to create the vehicle. Heatherwick has a long-standing relationship with Ogle Models and asked the specialist team to make the model for its clients.

Phillip Martin, Director of Ogle Models, said: “We have a long-running relationship with Heatherwick. Over that time, we have worked on numerous projects with them. We offer the high level of quality they look for with quick turnaround times. They appreciate being able to talk to us, knowing that any problem can be overcome with an efficient solution.”

The 1:4 scale, 1200mm long model required a high level of detail, and Ogle decided on SLA as the most suitable process. The concept car took around 180 hours to complete, with team members from the rapid prototyping department carrying out the 3D printing, the hand-finishing of the SLAs, and the assembly of the model. Members of the pain department worked on delivering the final finish.

The CAD model was supplied by IM Motors, which was split by Ogle into separate parts according to the different finishes that would be needed. Due to the size of the model, the main body had to be split in half in order to fit on the build platform.

Two Neo800 3D printers were used by Ogle to create the Airo model. The main body parts were printed in white on one machine, while the second produced the clear parts for the windows. All parts were hand finished by Ogle’s specialists and assembled to make sure everything would fit perfectly, including the bonding together of the two halves of the car. Ogle installed its first Neo800 from RPS in September 2018, and announced the installation of its second in August 2019. 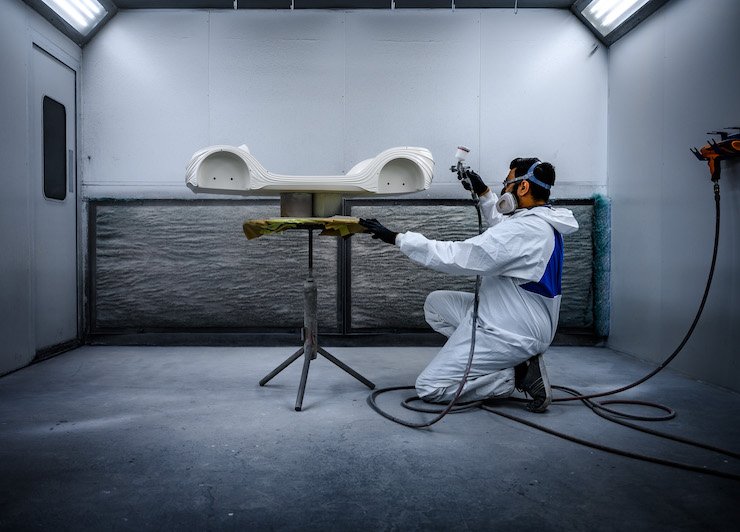 Martin added: “The final model was impressive. It was a lot of work to get to the end, but when we saw the final pieces go on and everything assembled it made all the hard work and effort worth it.”

Ogle Models recently produced a one-third scale model of the Nissan Ariya, a single-seater concept car which uses the powertrain of the all-electric Ariya SUV, for the Nissan UK Design Centre in Paddington, London.